TURKEY : THE BLIGHT OF ASIA

THE EXAMPLE OF MOHAMMED 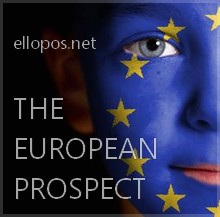 Not only have these methods been used for propagating Mohammedanism, but the "Law of Apostates" prescribes death, forced separation from wife and family, and loss of property and legal rights for any Moslem who forsakes his faith and adheres to another. The fear of these dreadful punishments is one of the reasons why there are so few converts from Mohammedanism to Christianity. Doctor Samuel M. Zwennner, the learned writer on Mohammedan matters, gives many examples of the application of this law in his recent work, "The Law of Apostasy in Islam".

An example which came within my personal observation, the murder of the convert of the International College at Smyrna, has already been referred to. This is probably the same case as that cited by the Reverend Ralph Harlow, one time pastor of the International College at Smyrna, in a pamphlet: "Outside the Walls of Smyrna his body was found, stabbed in many places."

The Law of Apostasy, according to Zwemmer, is signed up by the Mohammedan law-givers in the folloing words:

"As for Apostates, it is permitted to kill them by facing them or coming upon them from behind, just as in the case of Polytheists. Secondly, their blood, if shed, brings no vengeance. Thirdly, their property is the spoil of true believers. Fourthly, their marriage ties become null and void."

The educated, Europeanized Turk of Constantinople is a shrewd and polished gentleman of seductive manners; but one thing must never be forgotten by those interested, financially or otherwise, in the future of Turkey; that country has been made "homogeneous" by a series of ferocious massacres carefully planned and relentlessly carried out by just such polished and seductive gentlemen, who have exploited Moslem fanaticism for their purposes, and it is on that fanaticism that their power rests.

[Ellopos' note: This is not the 'one thing that must never be forgotten', because many people have made grave mistakes, and they changed. The one thing not to be forgotten, is that Europeanization is not identical to working legitimately, living in peace and becoming rich. The Turks of Constantinople are not and will be not 'Europeanized', no-matter how great their economy might become, because they don't share our spiritual tradition and they can not contribute to it, as they have never did in the past. This is not a matter of ideology - that they should appreciate Homer and the New Testament, while they don't. The problem is, that they don't believe in the human face - they don't have love-unto-death in their hearts. Their very 'faith' in God is impersonal, practiced in impersonal places without images.]

Previous chapter : THE KORAN AND THE BIBLE

Back to Table of Contents * Read Excerpts only

The Blight of Asia in Print

Home of the European Prospect